Life's pleasures of living in Italy 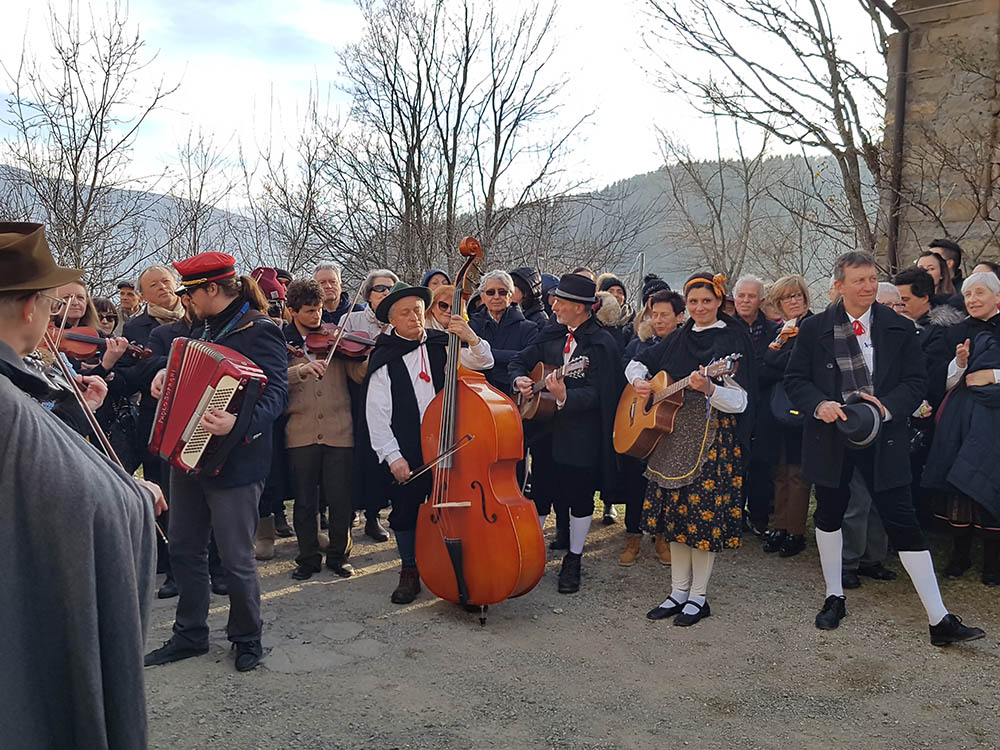 This year it will be nine years since we moved to Polinago, Italy with all our earthly possessions in one 40-foot, high top container plus half a 20-foot container. Our small dog Marty was air-freighted in large container. We were full of excitement for the future with images of what living full-time in Italy would be like. 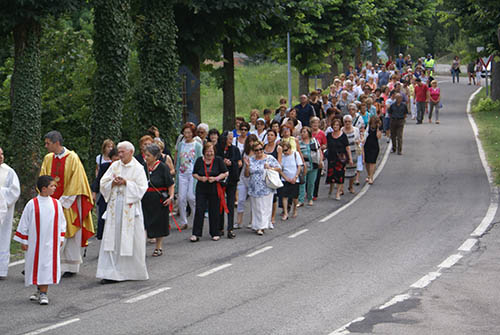 Arriving in late June 2011, was perfect timing as we immediately started to enjoy an Italian summer and to participate, along with the community, in the series of festivities held here during the months of July and August. From the very first moment we were made to feel welcome.
We were surprised by the efficiency and organisation of the festivals. Held in the open-air or outside the town sports hall and later, during August, in the main piazza outside the local Comune (council chambers). We discovered and enjoyed a number of local mountain dishes, such as crescentine (also called tigelle in nearby Reggio Emilia), a small round thickish flat bread which is served hot, divided in half and smeared with lard laced with crushed garlic and rosemary, then sprinkled with finely grated Parmegiano Reggiano. 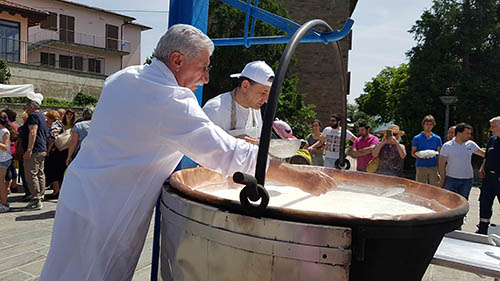 Wrinkling up my nose but nonetheless knowing I needed to try everything, I discovered that the lard, which had melted into the hot dough of the bread and mixed with the parmesan cheese, was absolutely delicious. They are also served with a variety of salalme, prosciutto or cheeses. As a dessert, the crescentine can also be served with Nutella covered with lashings of delicious ricotta (also produced in the local Caseficio – cheese factory, as a by-product of the production of Parmegiano Reggiano). The first time I tasted this combination of melting Nutella and creamy ricotta it was heaven, without too much sweetness. 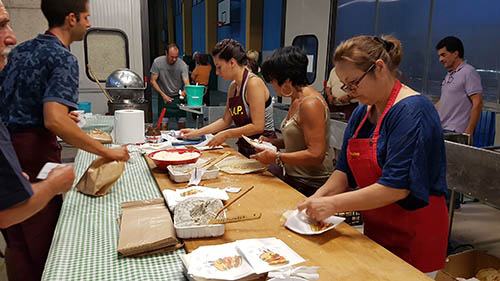 Another local speciality generally only found to be served at village festivals, is Ciacci or Borlenghi again depending on whether you are in the province of Modena or Reggio Emilia. This is like a somewhat crispy pancake cooked over an open flame (today over gas burners) between two thin, round metal sheets with extremely long handles. In years gone by it would have been over the flame of an open fire. In the past the dough of the crescentine was placed between thick terracotta rounds which had been warmed in the embers of the fire and were then returned to the embers to cook. Today at the festivals the crescentine are cooked on large heated hotplates, in the home they can be cooked over a flame in a heavy metal, flower shaped, long handled container called a ‘Tigelle’. Tigelle is also the name of the terracotta rounds and crescentine is the name of the small cooked bread. The ciacci or borlenghi are either savoury with a filling of lard and grated parmesan cheese or just Nutella. Once filled, the ciacci is then folded in quarters and served in a specially made small paper bag open on two sides for easy eating. 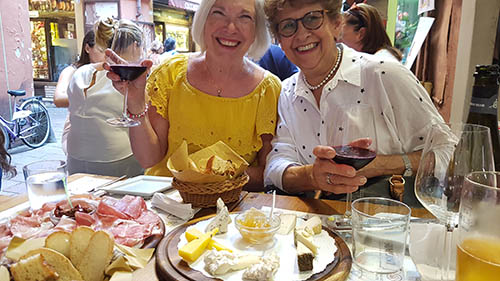 Throughout the summer months in this lovely area of the Appennines, people return to spend time in their small towns, which regularly hold various local weekend festivals culminating with the main festival period around 13,14, 15 and 16 August. There is music, demonstrations of crafts, markets and of course, in the evenings dancing and eating. Most of the dancing is the traditional ‘ballo liscio’ such as the polkas and mazurkas and as a nod to modern music the ‘Nutbush’. Young and old all get up to enjoy themselves dancing to the orchestras which always seem to include a piano accordion player and clarinettist. Sitting in the main piazza on a balmy, starlit evening seeing young and old enjoying themselves with adults eating, dancing or engaging in animated conversations while the children run free all over the street and square without a care (obviously the road is closed to traffic). This is the Italy of the movies and truly an enjoyable way to pass an evening until midnight. 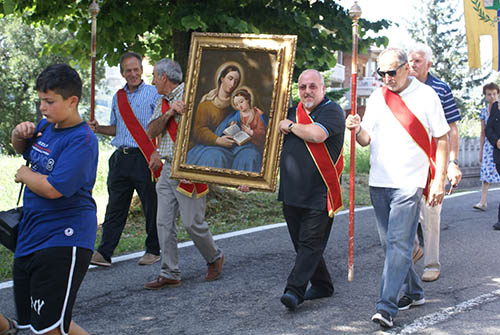 Throughout the year there are a number of major celebrations like Epiphany on 6 January, which is when the children receive gifts instead of at Christmas; for adults the tradition is to give something red, an article of clothing or ornament; 25 April the whole country celebrates Liberation Day which was the end of WW11 for Italy, 2 June Republic Day is the day in 1946 the country celebrated its new post-war constitution, 1 November All Saints Day is to mourn the dead and the small towns and villages fill up with families visiting the cemeteries to clean them, or place flowers or plants. December 8 is a happy celebration of the Immaculate Conception, along with the regular celebrations of Christmas, New Year, Carnivale and Easter. Last Sunday we spent a wonderful afternoon in a very small mountain town, Barigazzo, celebrating with the villagers the coming of Carnivale. We followed a group of young people through the various parts of the village, dressed in the ‘Sunday best’ of the past. As we walked, they danced to a live music provided by a band which included an accordion player, several violinists and a bass which was trundled from location to location on a wooden cart pulled by a couple of strong young men. 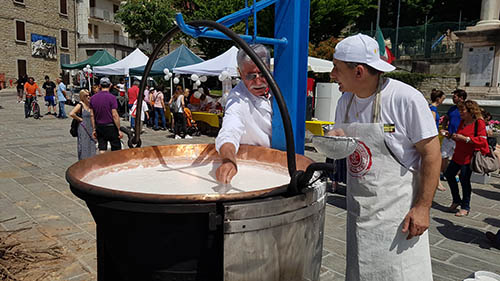 As Parmigiano Reggiano is the main product produced in this area, in September in the nearby small town of Lama Mocogno is held the annual Parmigiano Reggiano festival and another town, Montecreto at the end of October holds a chestnut festival to celebrate the ancient trees which here in the Appennines have sustained the local population for centuries, both as source a food and building materials. In all the small towns located throughout the Appennines, around these special dates the population of the towns increase as people return to their family homes to be with friends and family and to visit the cemetery. There is always an atmosphere of good cheer and joy.

Each Comune (council) has a Proloco which is a voluntary organisation sustained by the council but responsible for the organisation of the festivals, promoting the town and the insurances required to put on any of the events. Usually held over a weekend the events are completely run by volunteers, with adults doing the cooking and the younger members of the community acting as waiters and assistants. All the money earned is used to cover the costs and should there be a profit that is used to purchase something for the benefit of the community. Around these special dates the population of the town increases as people return to their family homes to be with friends and family and to visit the cemetery. There is always an atmosphere of good cheer and joy.

The kindness and friendliness of most of the people we have met or with whom we have interacted, constantly confirms we made the right choice. I must admit that in 2010 sitting on the train for the long journey to Paris, having purchased our property I thought to myself, “what have we done?” That was the only time. We have never regretted making this move from a comfortable home and lifestyle in Canberra to one where we are certainly not living the high life. We are too busy working and really feeling alive every day as we enjoy learning about the many ways life has been celebrated in the small mountain towns which are peppered all over this amazing country. 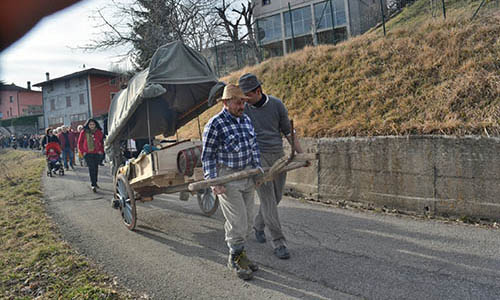 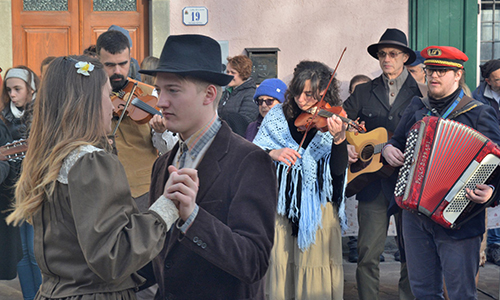 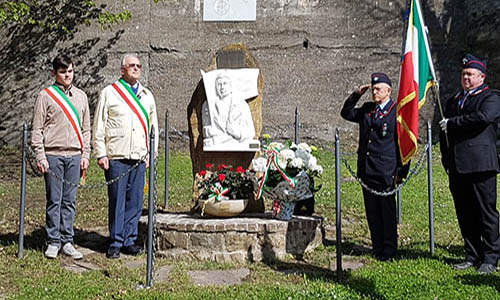 Due to the winding mountain roads, if you suffer from motion sickness you may wish to consider bringing appropriate medication with you.

Pavullo nel Frignano located 25 minutes away has an excellent hospital with a larger hospital also in Sassuolo.